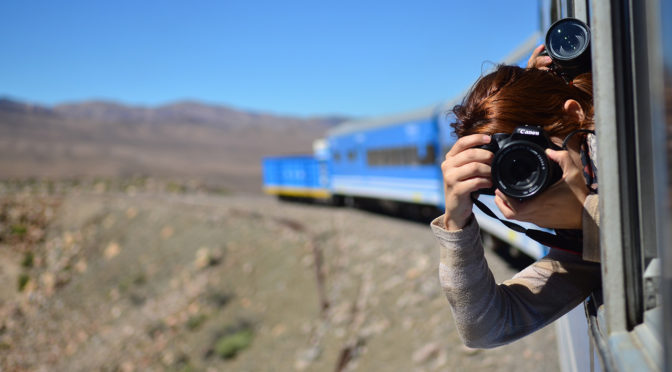 The most amazing tourist train in the world that takes you to the clouds, at 4200 meters high. A classic and a must when visiting Salta!

Much has been told about the famous Tren a las Nubes, but not many know the story of its name. Although one may think that it was given due to the magnificent ascending tour, according to Luis Borelli, an Argentinean journalist and writer, the name was given after a steam cloud that was captured on film by two cameraman that traveled on board in the 60s, before the train was a tourist attraction. 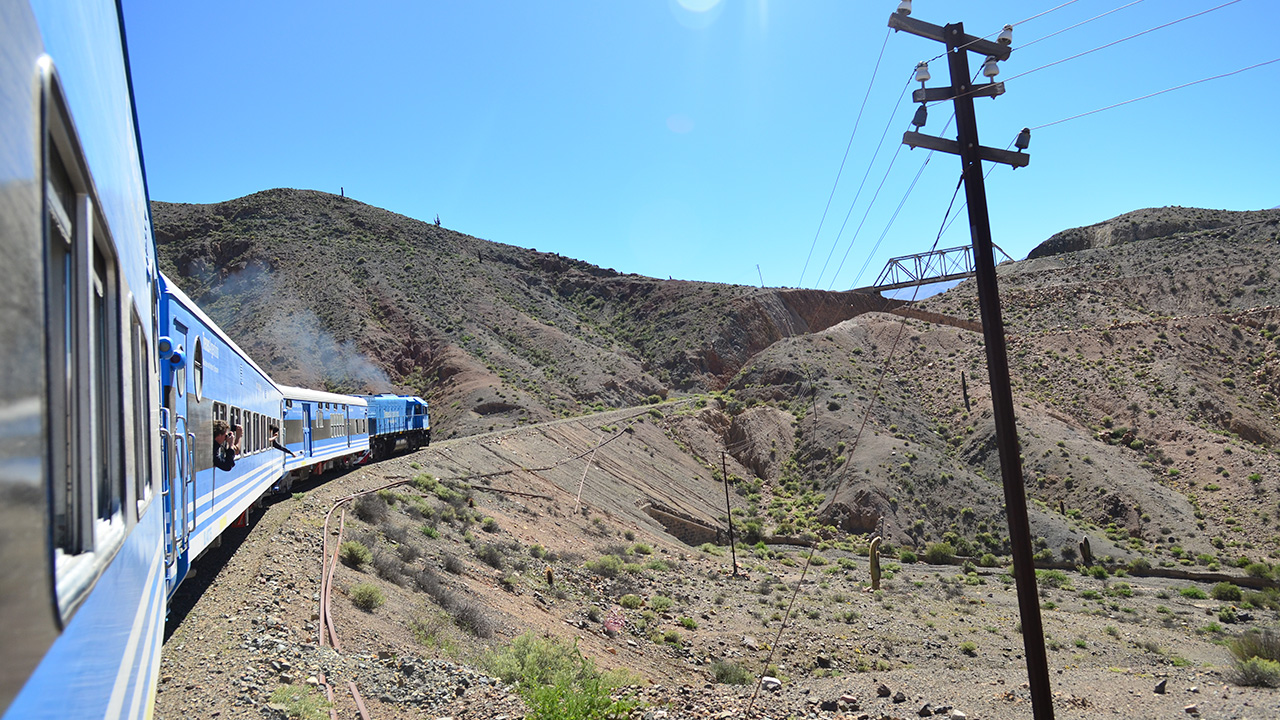 The story goes that while stopping at La Polvorilla viaduct, the train discharged steam which remained under the wheels floating in the air as a cloud just for a moment, because of the low temperatures of the region. Hence: the train to the clouds, a very graphic image kept for posterity that would make anyone wonder about the veracity of its name.

It doesn’t matter if the name comes from steam or from the clouds themselves that seem to be closer and closer as the train goes up in the sky. Since 1972 it has been running, taking tourists from all over the world.

Today the train provides comfortable seats, broad windows to enjoy the landscape along the way, and conditioned temperature. There are restrooms, speakers and screens on board. 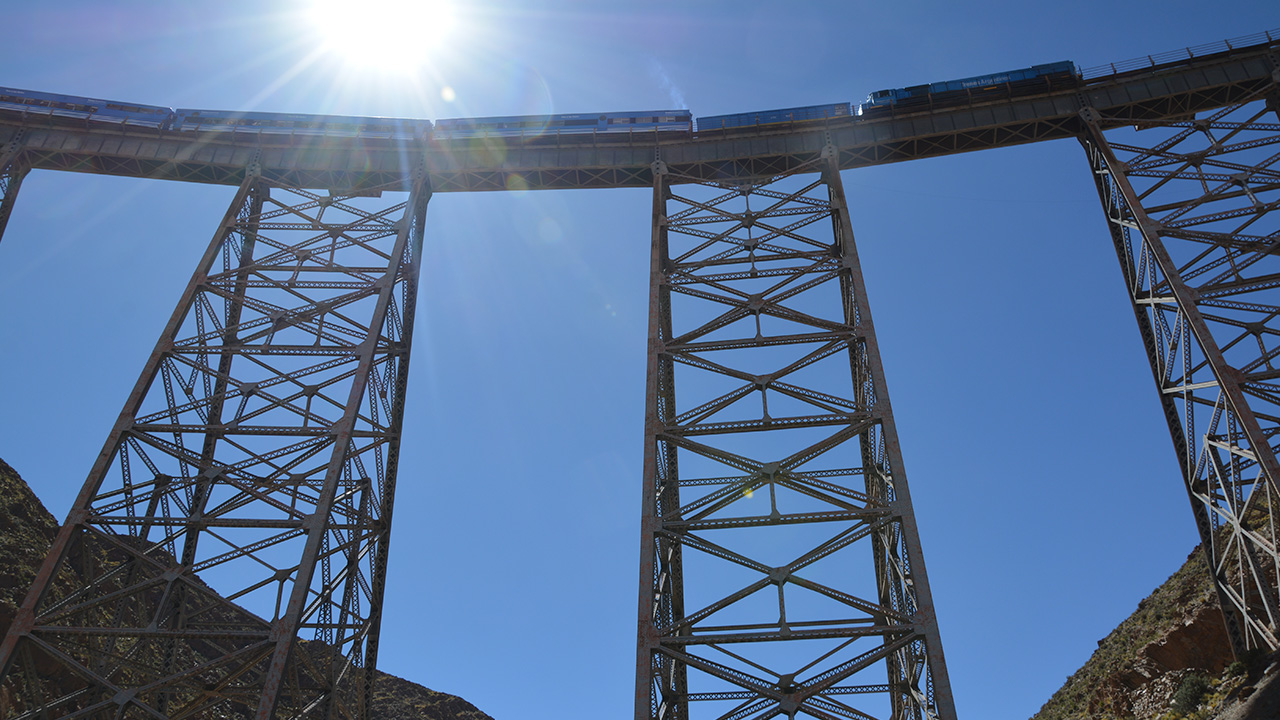 There are two options to choose from when planning your excursion:

BUS + TRAIN + BUS: This option includes a bus trip from the city of Salta, going across the National Route 51 and passing by the towns of Campo Quijano and Gobernador Solá up to El Alfarcito. At this stop, you will be provided with a rural breakfast with local fresh products, all handmade by the local communities from the area. Then, the bus trip will continue along the Quebrada de las Cuevas and the Muñano plain towards San Antonio de los Cobres.

At this town, you will be taken to the train station where you will finally go on board the Train to the Clouds that will take you on an hour ride to the La Polvorilla viaduct, an imposing work of engineering from the last century, at 4200 masl. 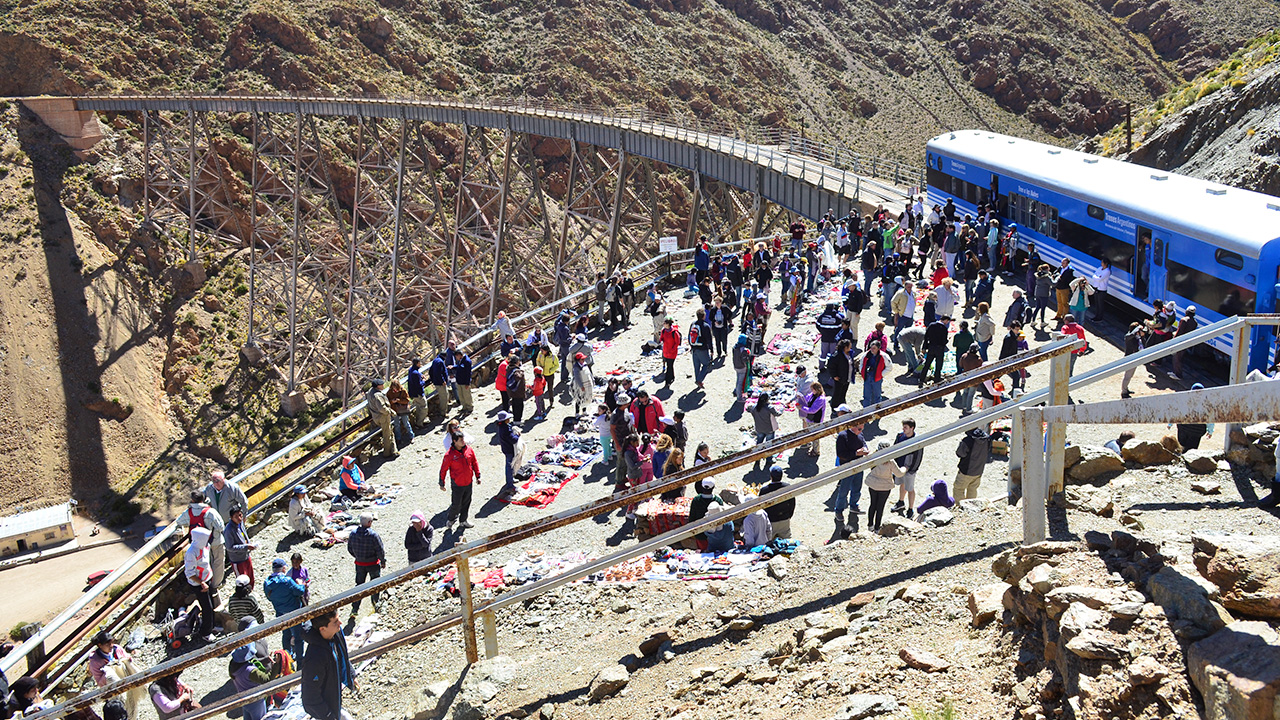 After 30 minutes, the train returns to San Antonio de los Cobres where you will take the bus back to Salta. On the way, a last stop will be done at Santa Rosa de Tastil where you may visit the historic museum and handicrafts fair to meet and support the local artisans. 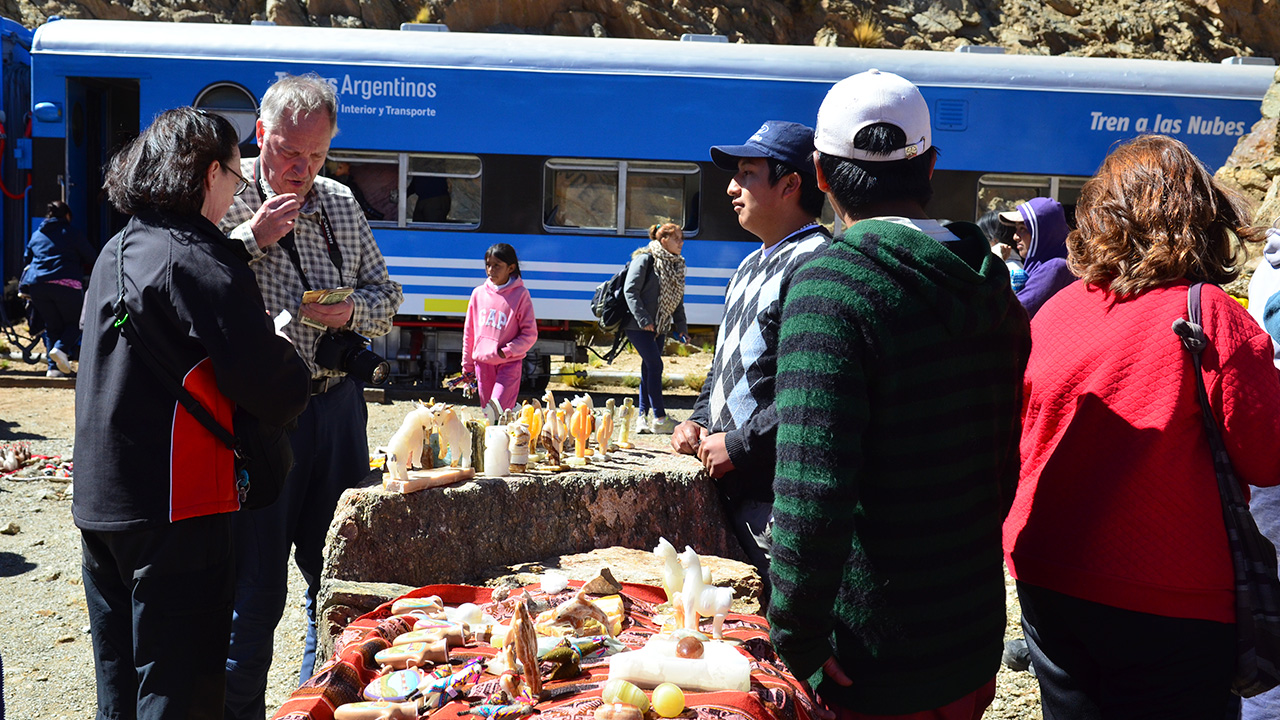 No matter which option you choose, it is advisable to book your tickets in advance. Below you will find the train´s operation days for 2018: 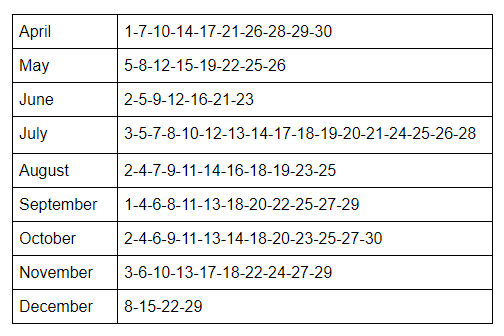 If you would like to ride the Train to the Clouds, please contact your Kallpa Executive and ask for available dates. 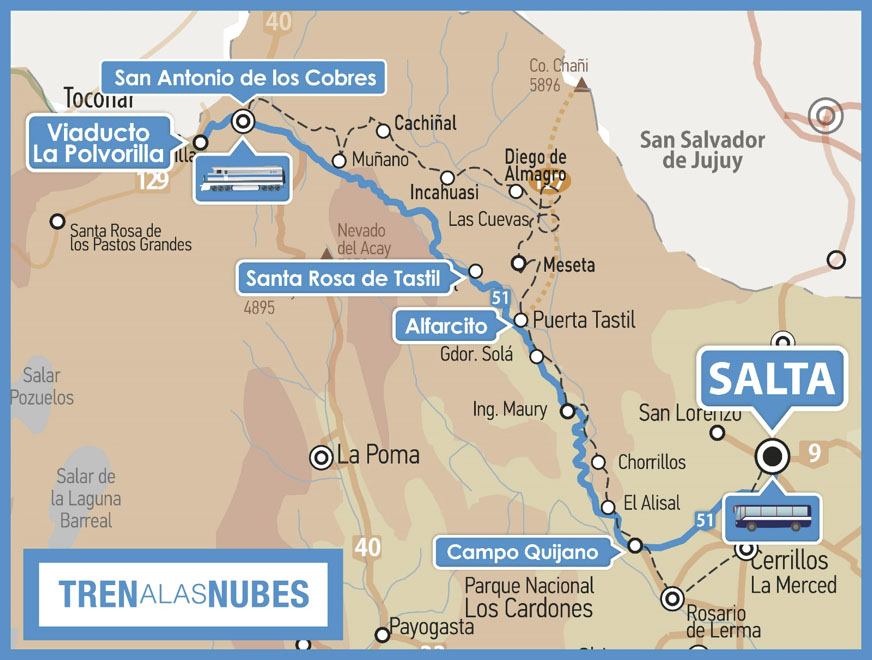 2 thoughts on “Train to the Clouds and beyond” 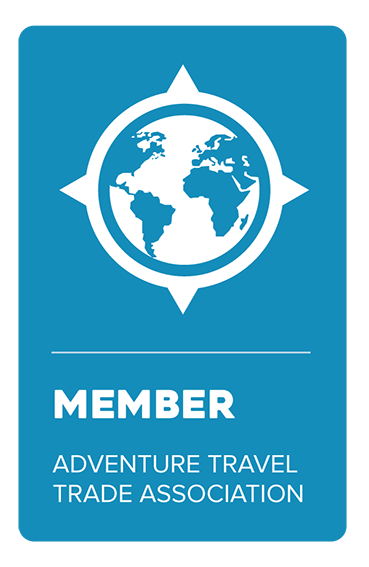 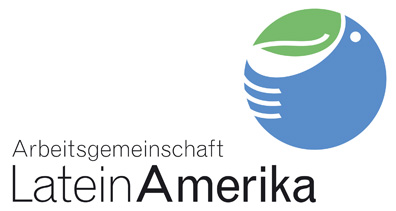 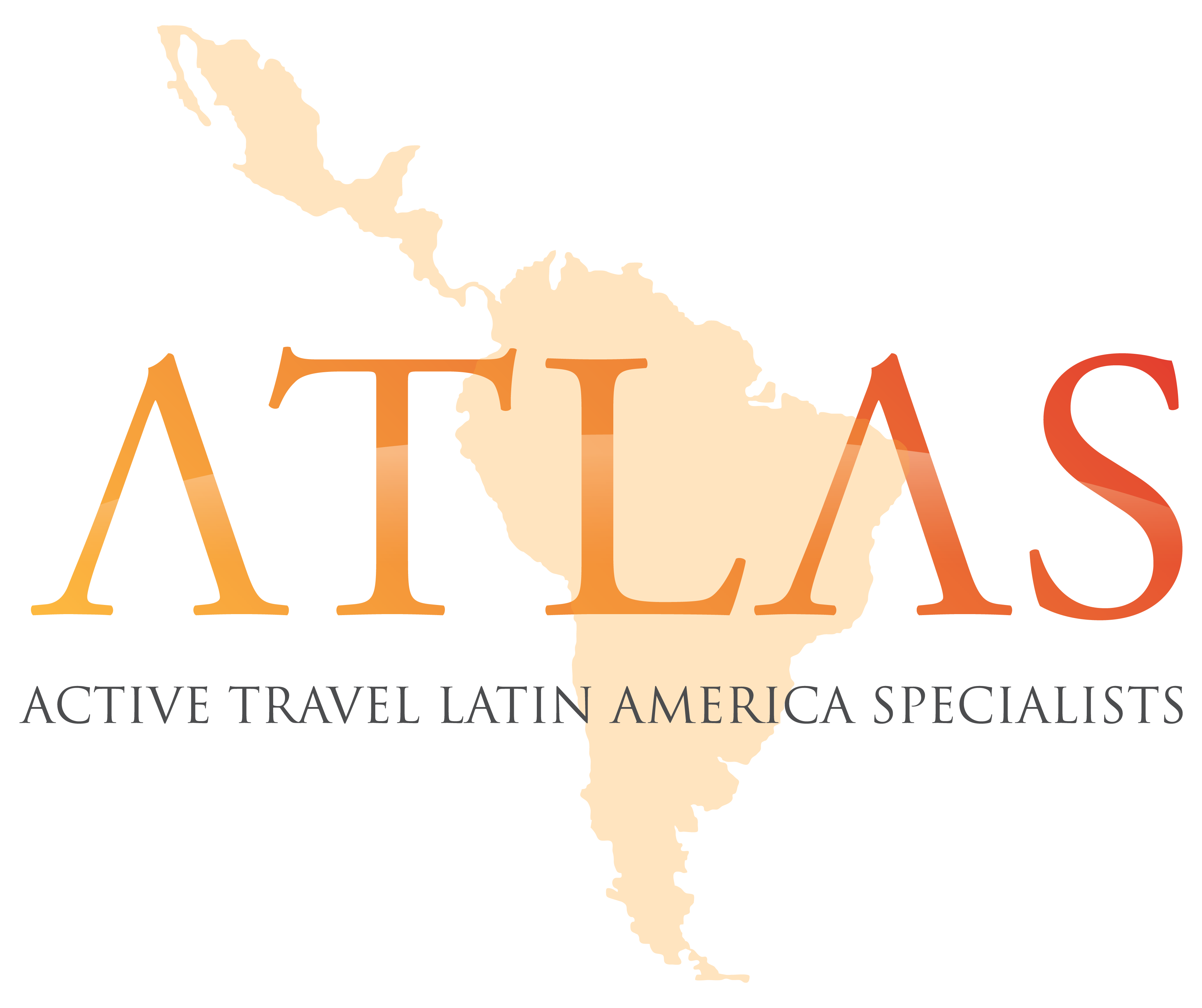